My news this post is that I've got stories in two new anthologies. What the stories have in common besides their dark narratives is that they were both previously rejected by other venues. When "El Amero" was first passed over, I was bummed and conflicted over I should take it. That night I attended a reading by Stephen Graham Jones and he commented that he was in a blue mood because earlier that day he'd gotten a rejection on a submission. If someone as esteemed as him had been 86ed, then I shouldn't feel all that bad. A short time later, Cynthia Swanson asked if I had anything for her proposal to Akashic Books for Denver Noir. She said I'd have to set the story in a specific Denver neighborhood and I chose Globeville, an industrial barrio named after a smelter. Personally, it's the most noir place in Denver. Go visit if you don't believe me. Although my story takes place in the near future, the neighborhood descriptions aren't too far off. 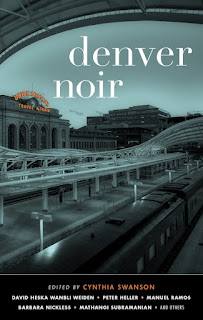 "El Chivo" had likewise been given the boot by someone else but I didn't feel as bad because that anthology never got off the ground. When the editors at Somos en escrito Literary Foundation Press contacted me for a submission about the future from the perspective of la raza for El Porvenir Ya, I had this story ready to go. With this narrative I got to amalgamate several ideas that had been percolating in my head for some time. The title, which means "The Goat," refers to the way my parents used to call my dad's paycheck. This was when government checks were printed on IBM punch cards. I also commented on future tech (always a challenge because tech moves so fast) and personal relationships in this Brave New World. But my story is mostly a reflection on Basic Uniform Income, that it's a trap to keep the lower class in poverty and where their best options are to do the ghastly bidding of the rich. So how is this different from now? Read my story and find out. 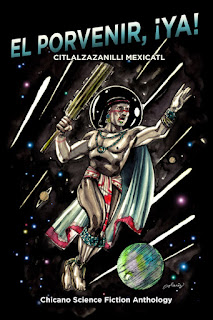